For almost two years, a Miele dishwasher has been running non-stop in a long-term endurance test at Miele’s Bielefeld factory in Germany. The dishwasher has gone beyond expectations, outlasting the self-imposed criteria that each appliance be tested to withstand everyday usage for 20 years, which equates to 12,500 hours of operation or 7,500 program cycles.

“Now more than ever, homeowners are looking for quality built, long-term appliance solutions. Appliances that are solidly constructed and come with a demonstrated record of trouble-free performance,” says George Tjoumakaris, Communications Specialist at Miele in Princeton, New Jersey. “This public endurance test - that streamed live on the Internet 24/7/365 - clearly proves that Miele dishwashers truly live up to their reputation as a high-performance appliance.” 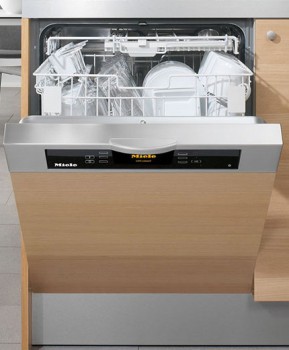 All appliances leaving the Miele factory are designed, built and tested to provide at least 20 years of active service, which is based on everyday usage by a family of four. Matter of fact, every dishwasher leaving the production facility is run through a test sequence to ensure proper operation before final installation. Had this test dishwasher been installed in a private home, it would have washed and dried a massive amount of dishware. A load capacity of 12 place settings corresponds to 140 items. Over the course of 7,500 cycles, this adds up to no less than 1 million items of dishware, including cutlery and glassware.

To reflect the rough and tumble of the real world, testing involves the use of detergent, rinse aid and salt. The test routine is fully automatic, allowing the dishwasher to run unattended overnight, on weekends and during holidays. “In today’s economy, consumers want more for their money and they want their dollar to stretch as far as possible,” says Tjoumakaris. “Our endurance test demonstrates that Miele appliances will last two decades, which is certainly a smart return on investment.

The model being tested uses only 3.4 gallons of water per cycle, much less than conventional dishwashers and exceeding current Energy Star® standards.

The model being tested uses only 3.4 gallons of water per cycle, much less than conventional dishwashers and exceeding current Energy Star® standards. (According to Energy Star®, the average conventional dishwasher uses 6 gallons of water per cycle.) To put this into perspective, the water savings with the current Miele model over one from 15 years ago is 17,820 gallons, or about 400 bath tubs!

Miele prides itself on continually improving appliance performance without compromising energy efficiency standards. “Water and energy consumption are major factors our research and development team consider when engineering dishwashers. Their aim is to conserve as much as possible while maintaining the performance integrity of our appliance,” says Tjoumakaris. Miele recently announced that most new G 2002 dishwashers already exceed Energy Star’s future 2011 water and energy standards.